So for secret santicorn i got to grant Die Uncast's wish: «A bunch of interesting magic items (or the like), but as grotty biotech. Extra credit for making it a generator or something of the sort (or better yet, adding one to the side as a bonus)»
So, here they are.
They all have to be fed blood (actually nutritive solution but blood is easier to come by) to be kept alive if they don't have other ways of feeding.

Basically all potions are made in some kind of thing like this, but those are generally bigger, all black chitin and long hollow quills dripping with magic juices. This is a member of the same family, small enough to fit in a backpack, and lacking magic glands, but the base system is there: five mouths, each attached to a functionally different digestive tract, programmed to transform various common substances in other common substances. the operation is simple.

Pour in one of the following substances to have it transformed into another of your choice within minutes, with a rate of 2:1
Pour a potion or a magic material inside and...

A big pink thing, vaguely resembling a bean pod. If ripped open it reveals 2d4 small humanoid creatures, which will happily follow every order from the opener of the pod. They cannot talk and are kinda dumb, but understand Language and have preimplanted knowledge about various common concepts. They might be especially skilled at being lab assistants, or maybe roll on some profession table to see for what work where they made. They last a day.
Also there are rare living pods that can be resealed and grow 1 guy/day if fed properly.

Fearsome piece of biotechnology from the rightly feared House of Maggots. Sink in the cavity just behind the head and fuse your nervous system with it's to move it around. You will be able to use it's senses (telluric perception, which is a bit like hearing but trought earth; powerful smell; vague tactile perception). You don't even have to eat, drink or breath while inside, the worm has built-in support for all those things. Save or get a mutation every 2 days you stay inside the worm, if you fail you have a [mutations number]-in-6 chance of remaining stuck inside and needing a surgical extraction. if you really want to leave, thats it.

Some people grew their own worms, so there are all kind of alternative versions out there. Also, like all biotech, riding worms are prone to mutations.

Bugsight helmet
symbiotic chitin plates holding an array of two big compound eyes, several ocelli and two pairs of antennae, along with millions of feeler hairs ower all the surface. It allows for 360° degree low-light vision, perception of air currents, stronger smell and ability to taste anything without having to touch it (by wawing antennae over things). It also makes your vision terribly imprecise and pixellated. Can be used by blind people too

Lobster suit
this bioarmour encases the user’s arms in chitin limbs ending in crab-like claws. Under these, eight auxiliary arms can be used for fine manipulation (but still not as good as uman hand’s one) and to scuttle along the ground at full speed. The armour permits to effortlessy stand up from this position too, but it makes you pretty helpless when knocked to the ground belly-up. As medium armour + medium weapon.

Healt bug
things like these are generally used by TRUE biotech enthusiasts because they are useful as they are disturbing. The revolting appearace, like a black mouse combined with a locust with many retractable thin and long legs, hides extremely advanced flesh-shaping systems. Just eat it, and it will happily scuttle around your insides, fixing everything that’s wrong. Every hour, you regain 1 hp. Each day, you heal one point from every damaged phisical score and/or reduced maximum hp. It also removes poisons, diseases and body-altering magic, preventing you from dying from them unless the death they cause is INSTANTANEOUS. If it removes something especially virulent, toxic or cursed it will mutate.
Also you have a 1% chance of being infested by healt bug eggs each full day it is in your body. It is a really not funny condition.

Buzzguns
A family of hive-based weapons, very infamous due to the horrible stories of the survivors of encounters with them. All of them produce 1d6 “shots” per day, up to teir clip size.

Sark .50 Special: looks like a lump of hardened wax the size of a big orange. Shoots things like wasps with a theeth crown in place of a head, they latch on flesh and pump in poison. They are painful but don’t cause damage beside the poison. if you don’t hit anything they still seek flesh, so next round they attack the nearest target in the area they have been fired in. If they don’t find any near in a round they die. 1d6 poison damage/round until they are removed or a 6 is rolled. Clip size 6

AS-12: still the favourite among scourge lords and terror knights. Like a cluster of black shells from which many sligtly curved pipes protrude forward. Shoot a barrage of small unidentified black things that deal 1d6 damage as they bite and rip skin. Every 2 extra shots expended you attack an additional creature. You can expend all 10 shots to create a cloud of furious insect-things. Clip size 10, two handed.

Sark ’44: a more modern weapon, it looks like a crossbow fused with a cricket and shoots long worm like creatures bigger that what is usual for projectile life-forms, self propelled trough a spiral of pseudo-wings around all the body that bite with their centipede-like mouths and reflexively coil themselves gripping the body of the victim. 1d10 damage, and the wielder of the Sark ’44 can perceive the direction and distance of every victim with a dart still stuck to their body. Clip size 5, two handed.

Item mutations
bioitems are riddled by genetics errors caused by centuries of attemped cloning, shoddy modifications, lack of competent care and original biocodes being lost. You may find them already mutated, or they might mutate following contact with concentrations of magic or unstable energies.
You can also roll to make biotechnological (or just weirder) "normal" magic items

Roll 1d20:
This count as a random generator i guess just take any random magic (or even mundane why not) item and roll for some added biological fun 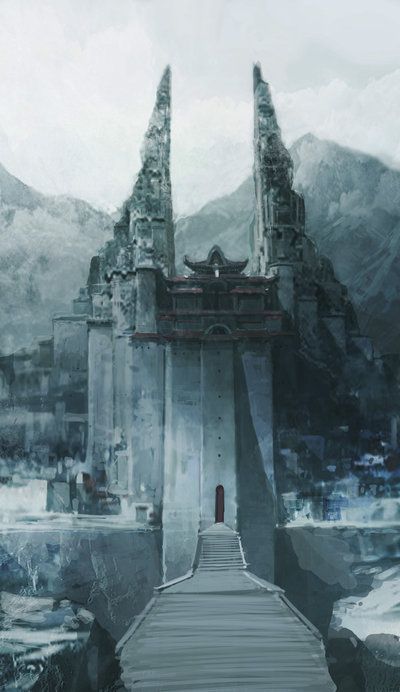